Last December, Israel began a 23-day bombardment of Gaza, killing around 1,400 people. One year on, a generation of children is growing up amid the wreckage of that attack, traumatised – and radicalised – by the experience

Children play in the rubble of their homes in Jabaliya, destroyed by the Israeli offensive in January. Photograph: Ashraf Amra/Polaris/eyevine

Ghiada abu Elaish’s fingers twist in her lap and her eyes cloud over as she recalls the day an Israeli shell killed four of her cousins and left her in a coma for 22 days. She has had almost 12 months to reflect on the tragedy, a time in which hatred and anger might have consumed the 13-year-old. Remarkably, though, not only has she survived shocking injuries and a dozen operations, with many more to come, but she has retained both her sweet nature and faith in a bright future.

Which makes it all the harder for her to return each day after school, dressed in the ubiquitous Palestinian uniform of blue-and-white-striped smock over jeans and trainers, to the scene of the massacre – her family home.

It was Friday 16 January and Ghiada was studying for exams. Her father, a pharmacist, woke from a nap, demanding tea and shouting at the younger children to be quiet. “Suddenly I could hear my cousin downstairs, screaming ‘Dead! Dead!'” A shell had hit the building – a block of five apartments, housing the extended Abu Elaish family – smashing windows and causing extensive damage to the flat below.

In the ensuing panic, Ghiada defied her father and followed him downstairs. “One room was completely black. I saw Aya [my cousin], she was on the ground with wood on top of her. There was a big hole in the wall.”

Ghiada tried pulling Aya out from under the furniture. A second shell struck. “There was a big light for a second,” she says. “I saw some windows smash and I heard screaming all around. A piece of shrapnel hit me. I started to scream for help and then fell down unconscious.”

Ghiada’s father, Atta Mohammed abu Elaish, rushed into the room. “I saw bodies without heads and legs. I saw my daughter. I saw her mother screaming.” He ran outside to call an ambulance. “The Israelis stopped the ambulances 250 metres from the house. Some boys from the street came to start ferrying the bodies and the injured out of the building.”

The attack was one of countless assaults during Israel‘s 23 days of war on Gaza – Operation Cast Lead – that began on 27 December. But it was also one of the most notorious because Ghiada’s uncle – Aya’s father – was a doctor who worked in Israeli hospitals and was well known to Israeli viewers for advocating peace and reconciliation. All through the conflict, Dr Izzeldin abu Elaish gave regular eyewitness accounts by phone in fluent Hebrew to Israeli television. Within minutes of the attack on his own family, he was back on the phone to a journalist in a Tel Aviv studio, weeping and begging for help as Israeli viewers listened: “My daughters have been killed.” END_OF_DOCUMENT_TOKEN_TO_BE_REPLACED

Hamas, the militant Palestinian organisation, attempted to conduct secret talks with the Israeli leadership in the protracted run-up to the recent war in Gaza – with messages being passed from the group at one stage through a member of prime minister Ehud Olmert‘s family. END_OF_DOCUMENT_TOKEN_TO_BE_REPLACED 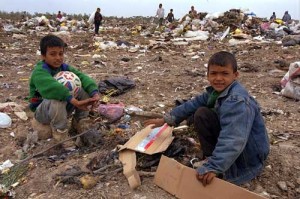 The assault on Gaza has been an awakening for the American Arab and Muslim youth. The attacks came at the most festive holiday season of the year. Instead of celebrating, young American Arab and Muslim teenagers and kids spent their time protesting on the streets as they watched disturbing and devastating images streaming into their living rooms and onto their computers.

END_OF_DOCUMENT_TOKEN_TO_BE_REPLACED

Moral relativism, political double talk, and a military juggernaut blind to its violence against an occupied people highlight the most recent, tragic conflagration in Israel and Palestine.

In justifying Israel’s most brutal and bloody salvo against Gaza in decades – which has so far killed nearly 400 Palestinians and wounded more than 1800 – Israel’s U.N. ambassador stated Israel rightfully defending itself from continued Hamas rocket attacks within her borders. Prime Minister Ehud Olmdert forewarned the offensive “is liable to continue for some time” and Defense Minister Ehud Barak declared it as an “all-out war against Hamas and its branches.”

By affirming Israel’s “right to self defense” and supporting Israel’s contention that the onus is on Hamas to renew the truce, President Bush’s administration highlighted its remarkably predictable political incompetence and tone deaf moral vacancy by squandering yet another precious opportunity to remedy – at least rhetorically – the festering, radioactive sore that is the Palestinian human rights crisis in Gaza and West Bank. Continuing to spin the broken record, his administration condones Israel’s brazen and repeated violations of international law, while simultaneously denying Palestinian human rights at the precarious risk of destabilizing a hostile and volatile Middle East region. END_OF_DOCUMENT_TOKEN_TO_BE_REPLACED

A four-month ceasefire between Israel and Palestinian militants in Gaza was in jeopardy today after Israeli troops killed six Hamas gunmen in a raid into the territory.

Hamas responded by firing a wave of rockets into southern Israel, although no one was injured. The violence represented the most serious break in a ceasefire agreed in mid-June, yet both sides suggested they wanted to return to atmosphere of calm.

Israeli troops crossed into the Gaza Strip late last night near the town of Deir al-Balah. The Israeli military said the target of the raid was a tunnel that they said Hamas was planning to use to capture Israeli soldiers positioned on the border fence 250m away. Four Israeli soldiers were injured in the operation, two moderately and two lightly, the military said. END_OF_DOCUMENT_TOKEN_TO_BE_REPLACED