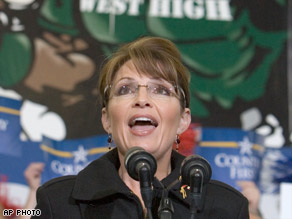 Several McCain advisers have suggested to CNN that they have become increasingly frustrated with what one aide described as Palin “going rogue.”

A Palin associate, however, said the candidate is simply trying to “bust free” of what she believes was a damaging and mismanaged roll-out. END_OF_DOCUMENT_TOKEN_TO_BE_REPLACED

Yes, she won the debate by not imploding. But governing requires knowledge, and mindless populism is just that—mindless. 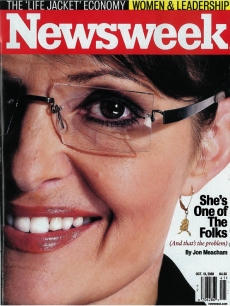 The question, the McCain campaign later acknowledged, was a fair one. In one of her sit-downs with Katie Couric of CBS News, Sarah Palin was asked to discuss a Supreme Court decision with which she disagreed. “Well, let’s see,” Palin replied, pausing. “There’s, of course in the great history of America there have been rulings, that’s never going to be absolute consensus by every American. And there are those issues, again, like Roe v. Wade, where I believe are best held on a state level and addressed there. So you know, going through the history of America, there would be others but …” Couric followed up: “Can you think of any?” Palin, still pondering, said: “Well, I could think of … any again, that could be best dealt with on a more local level. Maybe I would take issue with. But, you know, as mayor, and then as governor and even as a vice president, if I’m so privileged to serve, wouldn’t be in a position of changing those things but in supporting the law of the land as it reads today.” Asked about the exchange afterward, a McCain adviser who didn’t want to be named talking about a sensitive matter said the question was fair, but added: “I wonder how many Americans would be able to name decisions they disagree with. The court is very important, but Palin is on the ticket because she connects with everyday Americans.”

Palin is on the ticket because she connects with everyday Americans. It is not shocking to learn that politics played a big role in the making of a presidential team (ticket-balancing to attract different constituencies has been with us at least since Andrew Jackson ran with John C. Calhoun, a man he later said he would like to kill). But that honest explanation of the rationale for her candidacy—not her preparedness for office, but her personality and nascent maverickism in Alaska—raises an important question, not only about this election but about democratic leadership. Do we want leaders who are everyday folks, or do we want leaders who understand everyday folks? Therein lies an enormous difference, one that could decide the presidential election and, if McCain and Palin were to win, shape the governance of the nation. END_OF_DOCUMENT_TOKEN_TO_BE_REPLACED 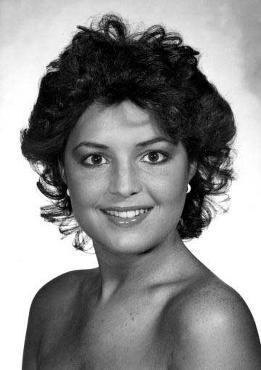 
If at one time women were considered heretical for swimming upstream against feminist orthodoxy, they now face condemnation for swimming downstream — away from Sarah Palin.

To express reservations about her qualifications to be vice president — and possibly president — is to risk being labeled anti-woman.

Or, as I am guilty of charging her early critics, supporting only a certain kind of woman.

Some of the passionately feminist critics of Palin who attacked her personally deserved some of the backlash they received. But circumstances have changed since Palin was introduced as just a hockey mom with lipstick — what a difference a financial crisis makes — and a more complicated picture has emerged.

As we’ve seen and heard more from John McCain’s running mate, it is increasingly clear that Palin is a problem. Quick study or not, she doesn’t know enough about economics and foreign policy to make Americans comfortable with a President Palin should conditions warrant her promotion. END_OF_DOCUMENT_TOKEN_TO_BE_REPLACED