Adeel Ahmed is an actor and writer based in NY. He has performed at The Kennedy Center and his work has screened at Sundance Film Festival and SXSW under the direction of Joseph Gordon-Levitt. Credits inlude The Domestic Crusaders, Law and Order, Saturday Night Live. He has been a guest on NPR, BBC and more.
http://video.msnbc.msn.com/morning-joe/49058077#49058077 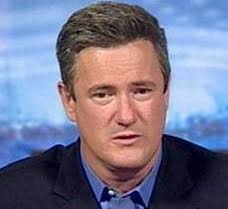 On September 17 during your show Morning Joe, you stated that the Muslims and Arabs protesting in the Middle East over the controversial Innocence of Muslims filmmust “hate” America in part “because of their religion.” While I agree that there are many layers between the film and the actual reason for the hatred towards America, your generalization of millions of Muslims in those regions is irresponsible and inaccurate. Perhaps you should look what Islam has to say, including the holy book Qu’ran, about tolerance and non-Muslims:

These statements clearly show that Islam itself does not promote violence or hate. Instead, it is a small group of people in the world who happen to be Muslim that are inciting violent hatred towards the United States. When you generalize the entire religion, you make it seem as if being Muslim and having hateful thoughts about America go hand in hand.

Mr. Scarborough, this “savagery,” as you called it, put on by these Muslim protesters, is not about Islam. Rather, is about the upbringing and psychology of these people that forces them to publically fight against American values. While I disagree with the actions of these people, we must realize their environment and situation. These people are uneducated and act on pure emotion. Thus, they are easily persuaded to support and fight violently for causes that they are not even fully aware of. For example, Innocence of Muslims had only a few hundred online hits at most when these rallies and protests started. It is apparent that the citizens of these regions were following orders of a few radical individuals who have their own agendas, which include seeing America coming to its knees. As reporter Andrea Mitchell stated on your show that same morning, not all countries see America as the liberator.

In addition, you claimed that one intelligence person told you that “if you scratch the surface, and if you gave every street vendor, from street vendor to prime minister in that region a chance to throw a rock at the U.S. embassy, they would.” I take it you missed the Muslims in these regions who are peacefully protesting against the violence? I am a first generation American Muslim with parents who once lived in these regions. They would never, ever throw a rock at a symbol of America. That also includes my grandparents, cousins, relatives and others who still live there today. Instead, they are grateful for the opportunities our country has given them.

Now, while I understand that you are not a journalist—at least not in the traditional sense—I still think you owe it to your audience to do research beyond consulting one intelligence agent.

It is disappointing that a former representative and television host with such a large following like yours could just easily make such blanketing statements about an entire religion without any research that holds any ground. These grotesque acts we’ve witnessed recently in Muslim countries upset me too, but what’s even more upsetting is turning on my television and hearing a well-educated and respected host demonstrate the same type of ignorance. Your statements are heard around the nation, and when inaccurate comments like these are made, animosity grows towards Muslims on our homefront. This only adds fuel to the fire of ignorant people who make crude films like Innocence of Muslims or who burned down American mosques, like the one in Joplin, Missouri recently. Before opening your mouth and singling out an entire religion, you should take responsibility to do a deeper analysis of the aggressors. Americans see you as a role model, and I would hope you would like for all Americans to have the opportunity to see you this way, including proud Muslim Americans like myself.

For all those wondering about the “story” behind my “sudden” marriage to Sarah Kureshi, here’s a cliff notes summary (my version, btw.)

Our friendship was ignited by our mutual adoration for all things “hagoo,” which is a common South Asian word for “poop” – an utterly appropriate foundation for a couple whose combined maturity is that of an 8 year old.

We’ve been purely platonic for years. In the past, SHE initiated interest due to my masculine scent, rippling muscles, Adonis good looks and rapier’s wit. Although humbled, flattered and taken aback by her bold forthrightness and panther aggressiveness, I had to decline because my life at the time couldn’t accommodate a relationship.

Fortuitously, we remained very good friends afterwards. I even tried hooking her up with dudes, which was a gratuitous exercise because she is very “popular” with the men-folk. Likewise, she recommended ladies for me.

In July of this year, we started “talking” after a mutual friend kept harassing us and begging us to at least “consider” each other. After the third phone conversation, I displayed my romantic flair by bluntly asking, “Hey, so, you wanna get married or what?” She said yes, however since she’s been married like 823 times before, she was naturally apprehensive.

Accordingly, she made me answer like 1000 questions from several pre-marital questionnaires. This included several of her original, insane hypothetical questions such as:

“Like suppose aliens invaded Earth and like kidnapped me and then said you had to fight to get me back, how long would you fight for?”

Or other gems: “So, suppose, like, I went insane after my marriage and totally had a different personality, what would you do?” To which I very logically replied, “Well, I guess I would have to leave you then.” This shocked her beyond belief – “What?! You’d divorce me. You say it so calmly!” “Well, that is the only appropriate response to your ridiculous hypothetical rooted in nonsense,” I replied.

Answering her creative hypotheticals was quite a lot of fun.

We introduced each other to our parents and they really liked the idea of “us.” In August I called up her father and said, “Listen, I’m leaving for a month long trip and I’m first stopping in D.C. We are thinking about getting married, but will only proceed after I receive your blessing. Do I have your permission?” He said, “Sure.”

My parents said I was a “loser” and an “idiot” for not proposing to her earlier, so I had that approval squared away already.

We decided since we had our parents’ blessings we’d elope whenever the schedule allowed it, because she’s been married like 9234 times before and I’m too broke to pay for a South Asian wedding (I’m just kidding…not really.)

I brought the ring along with me just in case.

At the last second, I had extra time in D.C. and Imam Maagid of ADAMS Center, one of the most respected and busy imams in the nation, made time for us and said, “Come to Adams Center before Asr afternoon prayer on Juma’a (the Friday before Eid), and we’ll get this done!”

I brought the ring, my fiancé, one witness and we grabbed 2 random ADAMS center dudes as the other witnesses and did the marriage contract in the conference room.

Sarah’s parents were able to SKYPE in and witness the proceedings. However, their default SKYPE avatar was a giant, animated cat that moved its lips and spoke every time they spoke. Also, the cat had tears in its eyes.

So, imagine a giant, talking cat with the voice of Pakistani American parents on a large plasma screen overlooking the conference room. This was our audience. Awesome.

Imam Magid said congratulations to the screen, and an animated cat replied, “Mubarak baad to all of you! (‘Congratulations’ in the Urdu language)”

We have photographic proof (see below.)

We got married and 2 days later I left for my month long work trip. Since it was so sudden, unplanned and surreal, we had no time to tell most family members and close friends. This is why we decided to wait until I arrived back in the States. So, close fam and friends, please be not offended. We wanted to tell you in person or over the phone but word leaked as soon as I arrived at the State Department Eid reception last night.

Currently, the wife and I are in a heated debate over who is the more selfless, kindhearted Sufi. I make a compelling case that I married an older, wealthier woman, who has been married twice before. She says she married a poor, broke, jobless, starving artist with zero fashion sense.

I tell her straight up, “Dude, I married my future rent.” My nickname for her is “Rent in a Ponytail.”

Please rest assured, D.C. folks, that my wife will continue competitively playing insane games like “Pronus” and volleyball, most likely being the sole female in the company of a dozen men. I am not jealous. Go forth and play.

Finally, I am a huge, massive “nazr freak,” which means I’m terrified of the “evil eye.” Ever since we announced it on facebook, I’m convinced our lives will be like the “Final Destination” movies with impending danger and catastrophe at every corner. Upon hearing this, my wife – the eternal cheerleader – remarked, “Yay! That sounds fun! It’ll be like an obstacle course, and we’ll have to dodge dangerous objects!” (This is an EXACT quote.)

I can only shake my head.

In all seriousness, please remember us in your prayers and well wishes.  However, our marriage really benefits from honest discussions, pre-marital counsel, a long, sincere friendship and transparency. I highly recommend this open channel of communication for future lovebirds.

Furthermore, the cautious cynic, perpetual bachelor, marriage-phobe Wajahat Ali is pleasantly surprised to confess that marriage has been a tremendous unburdening of the soul. I highly recommend it especially if you are lucky enough to find a selfless, kind-hearted, non-materialistic, goofy, spiritually aware “rent in a ponytail” woman that won’t pour cyanide in your mother’s chai with the malicious intent of slowly poisoning her.